In a line– One stop destination for dessert lovers.

A magic box of desserts, Sugarama is the nearest you can get to win a golden ticket to Willy Wonkas Factory.
A place that brings to you flavours and combinations, that might sound unfamiliar or weird, Sugarama is here to offer not only some scrumptious traditional desserts, but along with that, some desserts with a few little twists, perfect to challenge your tastebuds. 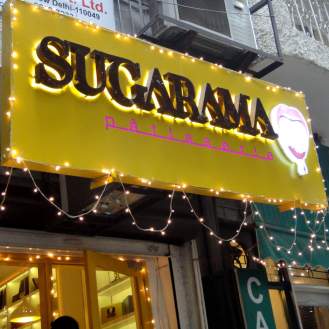 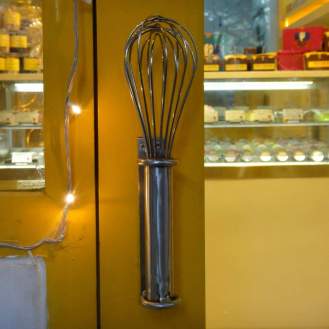 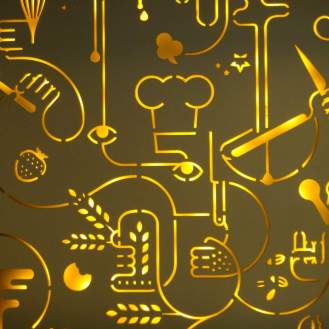 Located in the lanes of Shahpur Jat, this colorful patisserie is sure to capture some eye balls with its yellow colored sign board adorned with their symbol of a drooling mouth.
Open the yellow door with the whisk handle and the waft of the desserts being baked and the beautiful glass counter, adorned with some mouth watering desserts and colorful boxes, is going to cast an enchanting spell.

Offering a variety of desserts like cakes, pastries, macarons, pralines and chocolates, Sugarama is going to leave you spoilt for choices and craving for more. Alongside, the pricing is such, that even if you wish to devour a number of desserts, it wouldn’t burn a hole in your pocket.

Though it was a tough call on what to try and what to skip, the degustation began with tiramisu with kahlua shot. This layered dessert is going to be the hero for people(like myself) who love coffee and wouldn’t mind a lashing of liquor in their dessert. 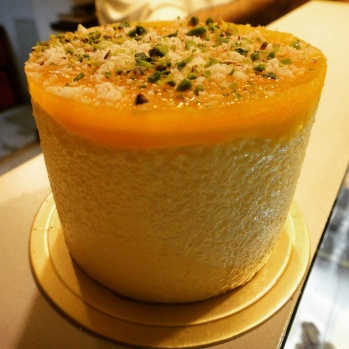 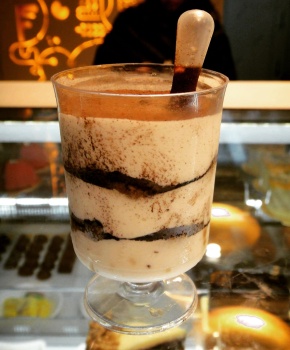 Though I prefer my desserts to be chocolate/coffee predominant, surprisingly, I had falled in love with the velvety and rich mango peanut butter cheesecake and the unusual pina colada cake which was sprayed with white chocolate and had a surprise centre(what was the surprise centre? You’ll have to try it out to know).

I’ve had a lot of red velvet cakes before, and a few of them have turned out to be great, but the one I had here was very different from all the others. Named NutSoRed velvet cake, this cake had a deep crimson color in contrast to the snow white creme cheese, and was loaded with nuts. 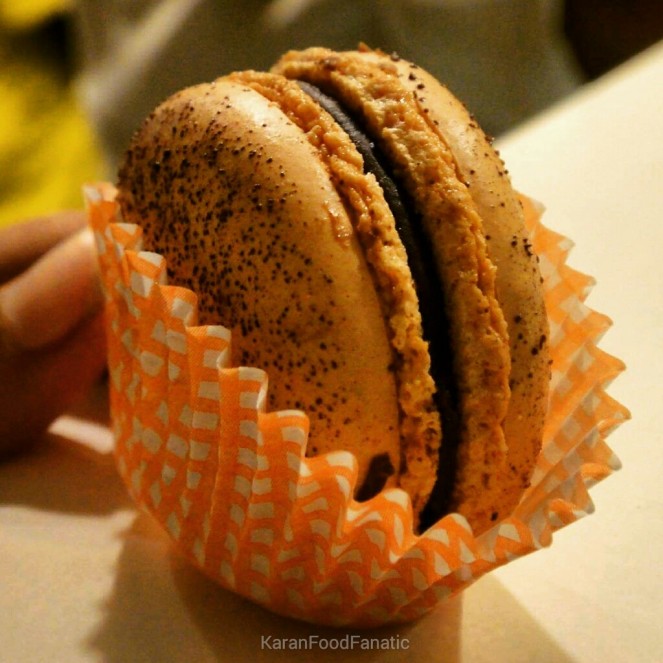 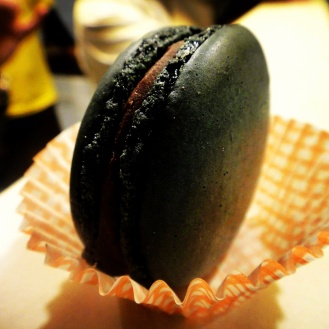 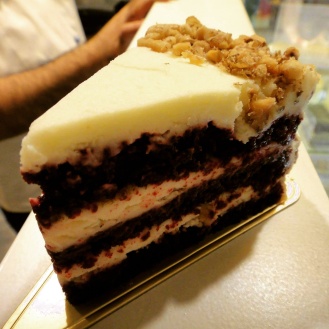 However, the most interesting thing that I tried was the cola macaron. Black colored macaron caught my eye and my palate with the usual combination of cola and chocolate. While the coffee macaron would be my all time favourite. 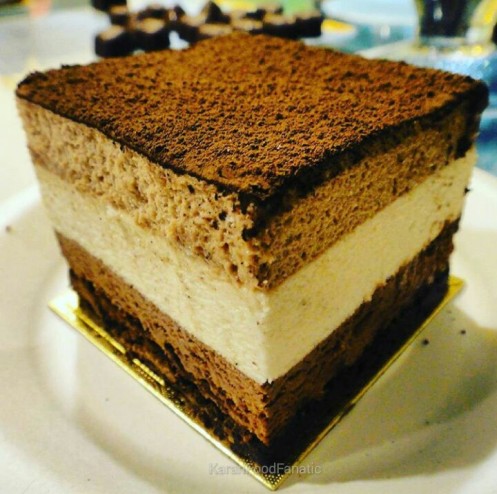 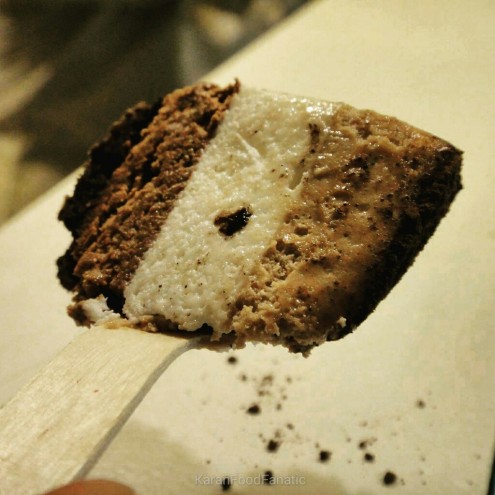 After trying all this, I couldn’t help myself but to go back to my staple needs, chocolate. Had the creamy and soft triple chocolate mousse. A layer of milk chocolate,white chocolate and dark chocolate over a thin chocolate cake base. But the entire limelight was stolen by the oh-so-chocolaty Textures of chocolate, their signature dish. A piece of chocolate cake with a surprise centre of oreo biscuit, covered with chocolate glaze and crunchy corn flakes, and topped with a swirl of chocolate. Choco much ?
This is the to die for dessert for all the chocoholics out there. 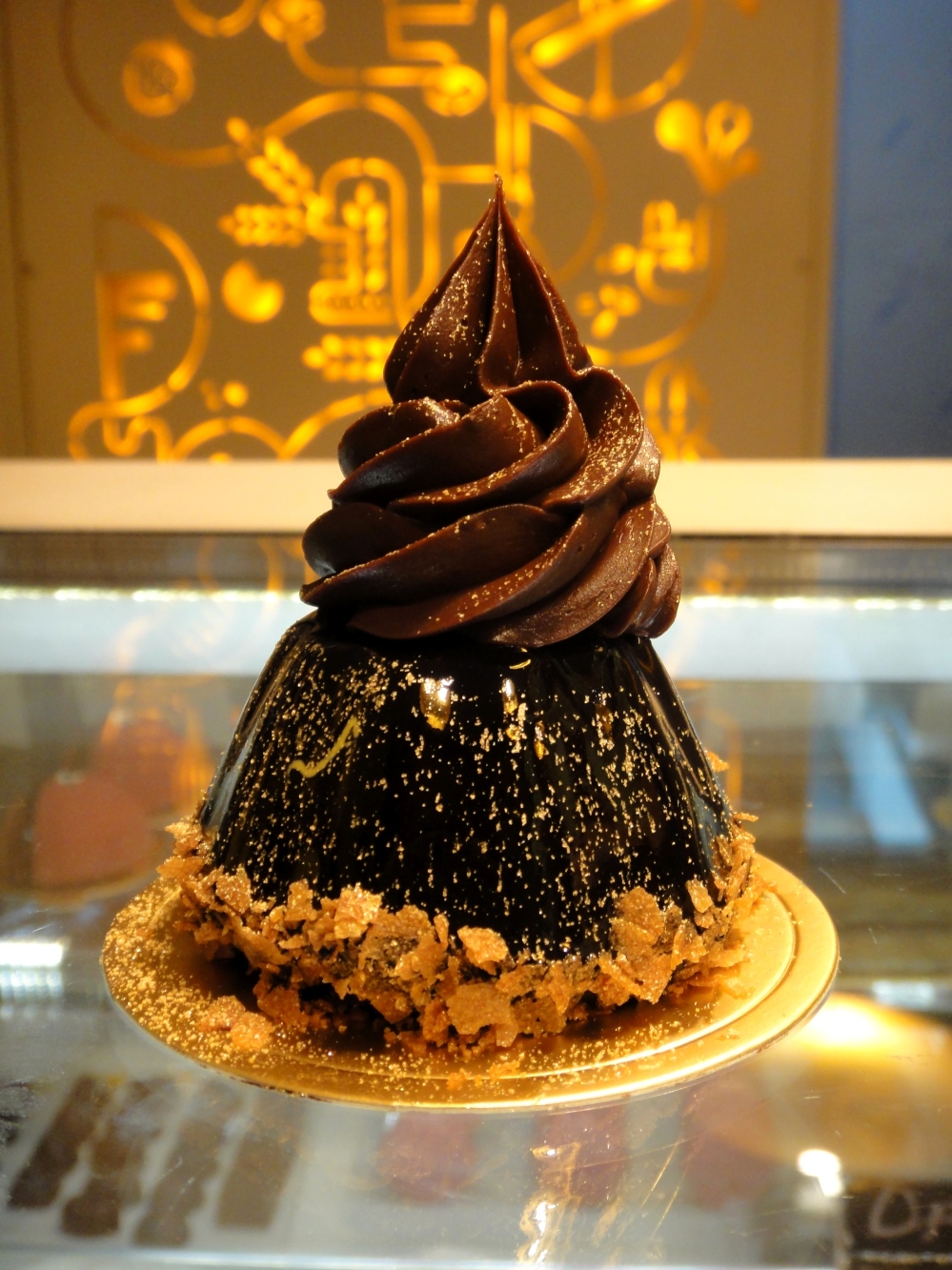 Overall, my visit to this labyrinth named Shahpur Jat turned out to be a success, and a major role was played by Sugarama, a place where you would want to come for self indulgence and fill yourself with guilt that wouldn’t really matter when you dig into a sweet surprise.

Ps- a few desserts looked way too good to be eaten. So until I get into my devil mode, the review for those shall have to take a halt. 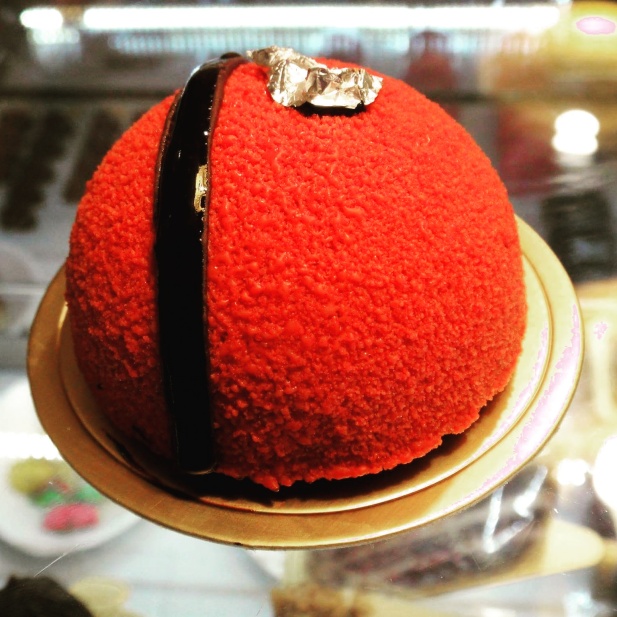 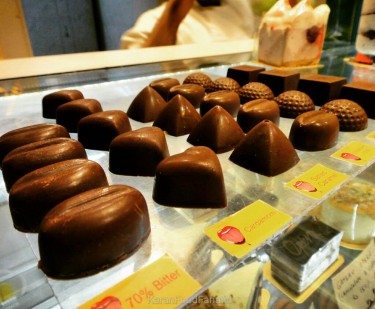 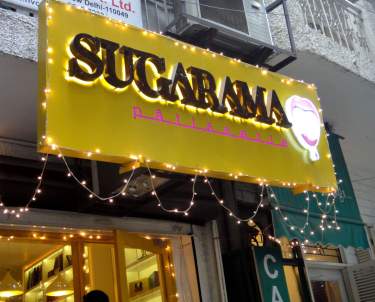