In a line: A haven for whisky aficionados and food connoisseurs.

“Too much of anything is bad, but too much of good whisky is barely enough”. This line by Mark Twain would very well resonate with people who swear by this liquid sunshine named whisky.

In a country where patiala peg is given utmost importance, so much so that the term is often cited in Bollywood movies and even songs, whisky comes across as a favourite, and yet we didn’t have any particular place to go to for when it came to celebrating this drink, until Whisky Samba came into the picture!

With 180 unique labels and 2500 whiskies on display in the full-blown bar, Whisky Samba, located at the upcoming Two Horizon Centre, is all geared up to take every whisky aficionado on a tipsy ride, one which wouldn’t end with regret. The chic interiors are marked by simplicity and it is the bar that becomes the centre of attraction, the moment one enters the restaurant. 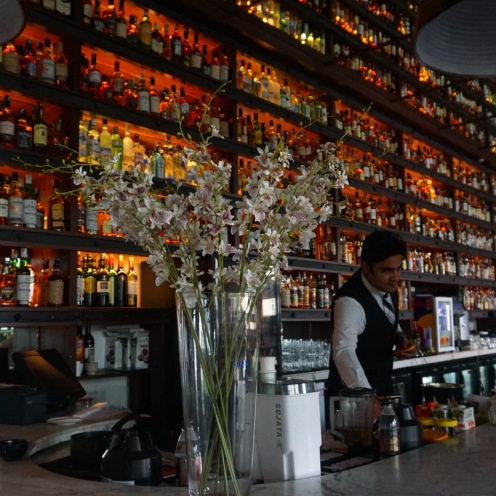 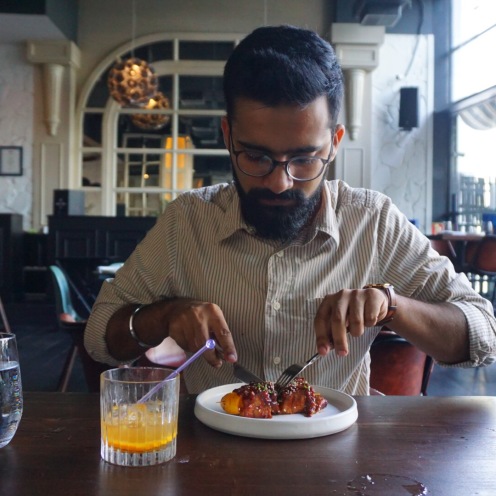 After having heard good reviews about it, I finally decided to pay it a visit last weekend, and I am glad that I took that decision. The menu offers an eclectic mix of charcoal grills along with Asian and Italian delicacies which you can pair with their signature whisky cocktails.

The meal commenced with a light and refreshing salmon carpaccio that had an Asian twist with the chilli jam and pickled ginger that gave the dish a new definition and moved towards the barbecue skewers. Unlike other places that have super sweet BBQ sauce at disposal, Whisky Samba has taken the onus of preparing it in-house, and they’ve definitely done a good job at that. The chicken skewers in sambal had morsels of chicken which had a beautiful smokiness which went well with the oh-so-good whisky sour, a hot seller at Whisky Samba, said the bartender. The char-grilled Korean lamb chops were on a little spicy side, which when paired with the aromatic vodka-based cocktail named a good thyme, became a combo that I’d definitely come back for.

Their Asian-ised version of fish n chips consisted of beer battered sole fish, deep fried until crisp and crunchy on the outside, that came with spice tossed potato wedges along with tartar sauce and apple cider vinegar, which oddly enough, accentuated the flavours. This was demolished with a glass of sweet and spicy tequila-based cocktail named Tempesta, that was topped with a jalapeño disc.

While everything that I tried at Whisky Samba was nice, the Singaporean glazed sticky pork belly and charred slow braised pork ribs came across as the undisputed winners, with meat so juicy and succulent, that it was falling off-the-bone while trying to pick up from the grill. Taking talisker 10 YO as the base, the peaty and pal cocktail with angostura bitters and burnt star anise came as the perfect drink to conclude the mains. 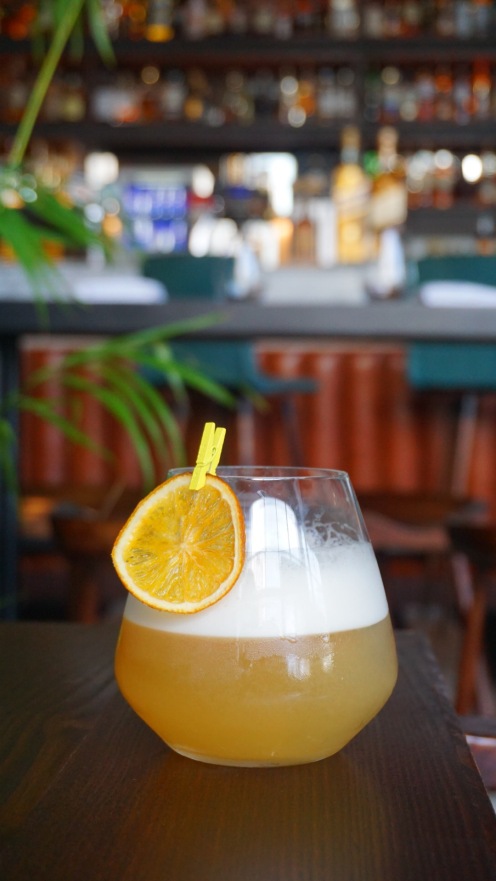 But to conclude the entire meal, I got myself a portion of their tiramisu and berry bubble speciality dessert. The whisky based tiramisu, that was generously topped with a delicious burnt caramel sauce, had a grainy texture, which isn’t something that one would expect. The deep burgundy-hued Berry bubble dessert came across as a hybrid of a berry sorbet and ice cream, that tasted fairly nice.

Confession: Overall, my meal at Whisky Samba turned out to be great, thanks to the delicious food and amazing drinks, paired with courteous and swift service. The ending was a little jittery due to the desserts, but I’d certainly come back to try the other dishes and desserts!