In a line: Zambar brings to us some traditional Goan delicacies with the Goan Food Festival

Goa, the land of sun, sand, beaches and FENI!

Accept it, we’ve all made plans to go to Goa with our friends, and somehow that trip has never happened!

Now I can’t get you tickets for Goa, but can suggest a way with which you can take your tastebuds to those small shacks on the beaches of Goa, that offer some lip-smacking Goan delicacies.

Situated on the 3rd floor of Ambiance Mall, Gurgaon, Zambar, a restaurant by Lite Bite Foods that offers an array of South Indian delicacies, beyond the customary dosa, idly and vada, has introduced the Goan Food Festival, which will be on until the end of May. 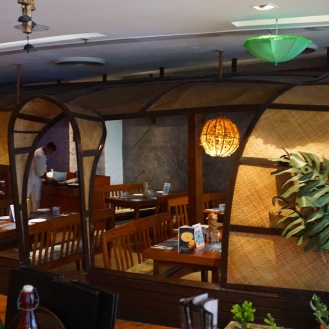 You know you’re in safe hands when the chef himself has flown from Goa, to offer us an authentic Goan menu, that is nothing but a treat for all non-vegetarians.

The Goan feast commenced with the succulent and spicy mackerel marinated in reichado masala, which is an indispensable part of any Goan kitchen. Crispy and golden fried rawa fried prawns followed and were demolished immediately. Perfectly cooked prawns marked by the juicy meat was crisp on the outside and went well with the green chutney that came along. This was the sort of appetiser that one would want to binge on to while enjoying a drink or two. 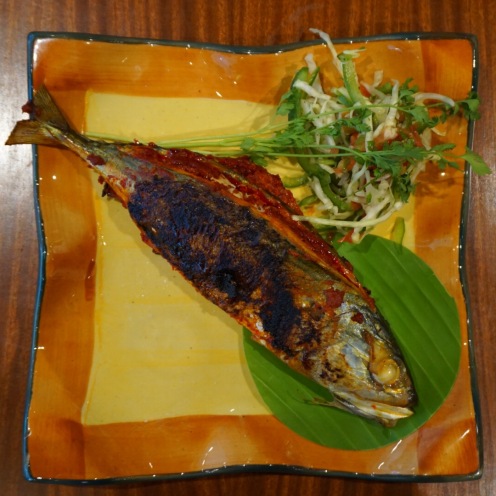 Rossa omelette or ros omelette is a very typical Goan street food, that consists of an omelette made with chillies and onions, that is topped with chicken xacuti curry, and is served along with bread. While I could have used a bit more spice in the curry of the rossa omelette, the dish overall came together beautifully well, that I paired with a glass of some refreshing coconut mojito.

For mains, look no further beyond the pork vindaloo and Goan fish curry. Moist and juicy morsels of pork doused in a deep crimson gravy that is replete with spices from the chillies and the tangy kick which the vinegar imparts, the pork vindaloo was probably the best that I’ve had in Delhi NCR. The Goan fish curry had a creamy texture which had undertones of coconut milk, along with the sourness that came from the dried kokum. It went well with an unusual rice cake called sannas. The rice cake had bits of jaggery in between, which gave the dish an element of sweetness, making it a well-balanced combination altogether.

The desserts in the Goan menu comprised of chocolate banana pancakes and bibinca. The chocolate pancake had a jaggery and coconut based filling inside, and was a bit on the sweeter side with the bananas and chocolate sauce, and since I prefer my desserts to be not very sweet, I stuck to the traditional layered Goan cake, bibinca, which paired well with the scoop of vanilla ice cream that came along with it.

Confession: Overall, my meal at Zambar was perfect for transporting my taste buds to the beaches of Goa. The coconut water and coconut mojito didn’t make me feel the absence of the beloved feni. I hope that the pork vindaloo becomes a part of the regular menu at Zambar, as I’d definitely want to go back for that!